* In case of any delay in receiving the OTP, you may verify it later. Please proceed without verification.

Enter your City name or Pincode

Bhagta Bhai Ka though small city is an important part Bhatinda district of Punjab. It is popular for a historical Gurdwara, which is located around old water well named as 'Pootan Wala Khoo'. The place is now under Sidhi Brar clan and for the long time, the Khandaan family has been residing in this village with contributing largely to the local community here. Historically, this village was founded during the second half of the 17th century by Bhai Bhagta, who was the grandson of Bhai Bahilo, a leading Sikh during the time of Guru Arjan Dev Ji. It is also believed that Guru Gobind Singh Ji also visited this village in 1705 and Bhai Bhagta served him with great devotion. 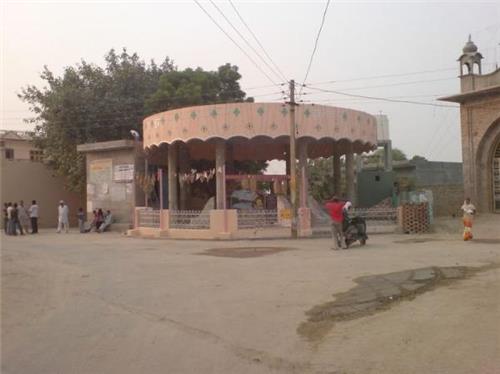 Bhagta Bhai Ka is located 39 km to the north from its district head quarters - Bhatinda and around 190 km to the east from its state capital - Chandigarh. It is surrounded by Baghapurana tehsil to the north, Phul tehsil to the south, Nihal Singh Wala tehsil to the east and Nathana tehsil to the south. The nearby cities to this town are Kot Kapura, Rampura Phul, Bhagha Purana and Jaitu city. Further to its location, the village is nestled in the border of Bhatinda District and Moga District of Punjab. The region of Bhagta Bhai Ka is located on the latitude of 30.4812 °North and the longitude of 75.094 °East with an average elevation of 207 meters above the sea level. The climate at this village is belonged to local steppe climate in which there is very little rainfall throughout the year. The month of June is the hottest here with average temperature approximately 33.9°C while the coldest month is January with an average of 12.7°C. On the other hand, the maximum precipitation in Bhagta Bhai Ka falls in the month of July with an average of 129 mm while the driest month is November with just 2 mm rain falls here. Hence, the average temperature at this village remains roughly 24.3 °C and average precipitation just about 411 mm throughout the year.

The Nagar Panchayat city of Bhagta Bhai Ka has the total population of 14,467 which is comprised of 7,682 males and 6,785 females, as per the report released by 2011 Census of India. The administration of this city is divided into 13 wards and more than 2730 populated houses come under its services. The population of Children between the age group of 0-6 is 1707 which is roughly 11.80% of the total estimation. Besides that, the total population of Bhagta Bhai Ka also consists of a significant populace of Schedule Caste (SC) people who constitute 31.89% of total population of this town. Furthermore, the average literacy rate of this village is 71.23% which is considered lower than the state average of 75.84%, which is further comprised of 74.67% literate males while the female literacy is 67.37% in Bhagta Bhai Ka. According to the 2011 Census survey, there are total 4996 inhabitants of this region are workers or indulge in business activities. There are 4302 male workers and 694 are female workers at the place of Bhagta Bhai Ka.

The city of Bhagta Bhai Ka is blessed with few accredited hospitals and nursing homes. There are different areas of this city where government hospitals, private hospitals, clinics, nursing homes, physiotherapy center and chemist shops located. These medical centers at this town have the services of well skilled doctor and nursing staff, which take care of you in both professional and personal ways by providing suitable medical treatment and by providing vital suggestions for maintaining good health.

The city of Bhagta Bhai Ka in Bhatinda has a post office with sub office status in which services like money orders, couriers, speed post, fixed deposits, monthly income scheme and many more are provided. So, here is the complete information about post office in Bhagta Bhai Ka:

The local residents of Bhagta Bhai Ka region really enjoy the benefits of efficient banking facilities provided by the nationalized and private banks located at the diverse areas of this city. These banks offer a wide range of monetary facilities that spread across saving and current account, fixed deposits, personal and business loans, ATM facilities, etc. The people can also relate themselves with various central and state governmental schemes through these banks. The banks, along with their contact addresses and important codes, located in this city are mentioned below:

The region of Bhagta Bhai Ka has number of shopping places. There are various shops located at its different localities. You can buy various items from these shops such as kitchen ware, garments, automobile, electronic items, books & magazines, computer items and many more for your daily needs. Given below is the short list of all shops located within the region of Bhagta Bhai Ka, Bhatinda in Punjab state.

The town of Bhagta Bhai Ka has limited transport options with no major bus stand and railway station within its region. Some state transport buses and privately owned buses running through this city connecting it with important places of Punjab but when we talk about roadways, the local transportation here is perhaps the best option such as auto-rickshaws or taxis. In addition to this, there is no railway station in less than 10 km of Bhagta Bhai Ka. Thus, the nearest railway station to this city is Gangsar Jaitu Railway Station, which is placed around 24 km from here. However, the major railway station located in the vicinity of this town is Bhatinda Junction Railway Station with roughly 38 km distance. It has good connectivity with the state capital - Chandigarh and also to nearby states of Punjab. Besides that, the nearest airport to Bhagta Bhai Ka is Ludhiana Airport which is placed with a distance of 95 km.


Bhagta Bhai Ka at a glance